Registrera
Hem / Kampanjer / BlackFriday2020 / At The Gates - To Drink From The Night.. 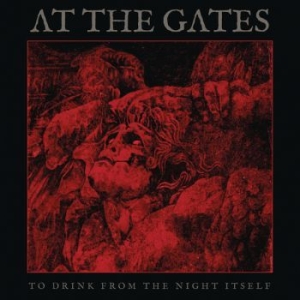 At The Gates - To Drink From The Night..

At The Gates
169 kr
CD
Lagerstatus:
Leveranstid:
1-6 arbetsdagar
Artnr:
3118309
Fakta AT THE GATES are innovators. From debut album, The Red In The Sky Is Ours, through comeback stunner, At War With Reality, the Gothenburg-based death metal act have always traversed the left-hand path on their own terms. The Swedes are keenly aware of who they are, where they come from, and how they got to where they are today.

For To Drink From The Night Itself, the Swedes are finally free of creative limitations, follow-up expectations, and invisible but all-too-real self-imposed restrictions. The Rubicon, as it were, was ready to be crossed and nothing-not even long-standing guitarist Anders Björler, who departed in March 2017-was going to hold AT THE GATES back.

Written by Jonas [Björler] and Lindberg together, To Drink From The Night Itself emerged out of very productive and energized song and lyric-writing sessions. Jonas would influence Lindberg and Lindberg would inform Jonas. The dynamic duo was on fire. Tracks like 'A Stare Bound In Stone,' 'Daggers Of Black Haze,' 'In Nameless Sleep,' featuring King Diamond guitarist Andy LaRocque, and the title track are definitively AT THE GATES yet they convey so much more.