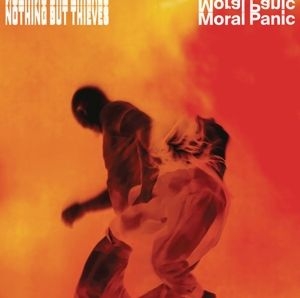 Nothing But Thieves - Moral Panic

Nothing But Thieves
199 kr
LP
Lagerstatus:
Leveranstid:
Beställningsvara 1-3 veckor
Artnr:
3841828
Fakta Real Love Song and Is Everybody Going Crazy? is the band's first music since their 2018 EP What Did You Think When You Made Me This Way, their 2017 acclaimed album Broken Machine.

The years prior to this album have been quite a ride for Nothing But Thieves. They have built up a loyal and wide following for their impactful alt rock sound, cementing themselves as one of the best current rock bands in the world.
The band have performed on US TV shows such as James Corden and Jimmy Kimmel and played packed out international shows from Poland to Amsterdam, where they headlined an arena to 6,000 fans.