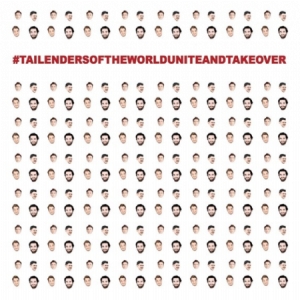 TAILENDERS
239 kr
Singel
Lagerstatus:
Leveranstid:
Pending
Artnr:
3846663
Fakta Tailenders, the 'loosely cricket based' podcast, is set to release the earliest attempt to top the Christmas Charts with the release of 'Tailenders Christmarch Message'. Featuring the 'vocal talents' of Mattchin Tendulkar - the non cricket fan / cricket cult hero - the single captures into 3 minutes approx the essence, joy and beauty of the extraordinary cricketing summer of 2019. During that balmy summer when cricket took over the sporting landscape Mattchin, assisted by the greater Tailender community, travelled the length and breadth of the country to watch matches during the mens cricket world cup, culminating in a trip to witness the World Cup Final at Lords and the 'greatest day ever'. The experiences of his travels and the community spirit he witnessed inspired his 'Christmarch message' - a love letter to the wonder that is cricket and the wider cricketing community. Mattchin is backed by fellow 'Tailenders' Jimmy Anderson (Englands most successful bowler), Greg James (Radio 1 Breakfast Show host) and Felix White (Maccabees) on vocals, and featuring a backing track composed by Felix and originally used for the film 'The Edge'.

Tailenders is one of the BBC's most successful podcasts. Started back in the winter of 2017 to coincide with The Ashes 'down under' and initially commissioned for a short run, the pod is fast approaching it's 100th episode and has transferred into the live arena with sell out shows at The Hackney Empire and The Palace Theatre, Manchester. Tailenders is presented by Greg James, Felix White, Jimmy Anderson and Mattchin Tendulkar and is a TBI Media Production for BBC Radio 5 Live
Låtlista
Se fler varor
Andra har köpt: 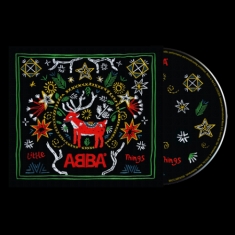