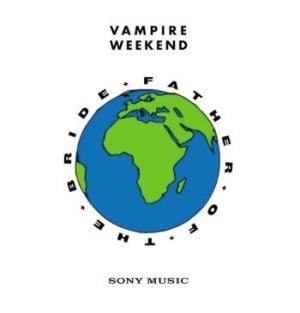 Vampire Weekend - Father Of The.. -O-Card-

Vampire Weekend
169 kr / 49 kr
CD
Lagerstatus:
Leveranstid:
1-6 arbetsdagar
Artnr:
3531781
Kampanjstopp:
2023-02-28, 10:00
Vårt lägsta pris 1-30 dagar innan prissänkning: 49 kr
Fakta "Harmony Hall" is the first single to be released of the 18 tracks comprising Vampire Weekend's forthcoming fourth album, Father of the Bride, due out in spring 2019 on Columbia Records. Father of the Bride closes a six-year gap since 2013's Modern Vampires of the City-a period during which the band's Ezra Koenig was anything but idle: In addition to touring the world and winning a Best Alternative GRAMMY for Modern Vampires., Koenig released his Netflix anime series Neo Yokio, continued to host his Time Crisis show on Beats1, co-wrote and produced Beyonce's "Hold Up". all the while living the experiences and observations that would inform the next Vampire Weekend album.