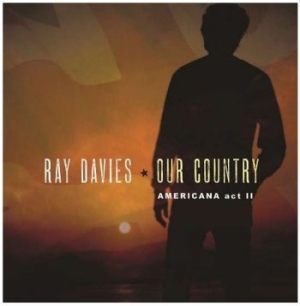 Ray Davies
189 kr
CD
Lagerstatus:
Leveranstid:
1-6 arbetsdagar
Artnr:
3226937
Fakta The continuing story of The Kinks co-founder's journeys through America, as depicted in his 2013 memoir Americana and last year's album of the same name, OUR COUNTRY: AMERICANA ACT II is an album born from Davies' vision of America -- how it shaped him and evolved through the years. His reflections on his experiences in America instigate personal reformation, and eventually rediscovery and celebration of his own origins.

OUR COUNTRY, like its predecessor, was recorded at the legendary Konk Studios in London with guitarist Bill Shanley and The Jayhawks once again serving as Davies' backing band plus a group of UK musicians. The album picks up several intriguing musical threads from Davies' extraordinary songwriting catalog, from the opener "Our Country" - which is developed on a theme melody heard in AMERICANA's title track - to reinterpretations of songs inspired by America and written for other projects over the years, including "Oklahoma USA" (first heard on The Kinks' MUSWELL HILBILLIES), "The Real World" (from 2007's acclaimed solo album, WORKING MAN'S CAFÉ) and "The Getaway" (from 2006's OTHER PEOPLES LIVES).