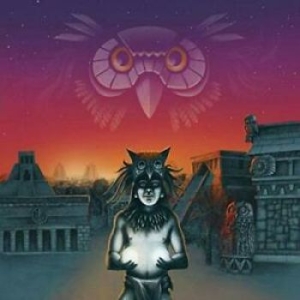 Nocturnalia
149 kr
LP
Lagerstatus:
Leveranstid:
1-6 arbetsdagar
Artnr:
1182977
Fakta Innehåller digital nedladdning / Includes digital download
Above Below Within is the second full length album by Swedish psychedelic rock quintett Nocturnalia (formely known as Nocturnal). It's a seven track opus with a more cultivated sound than it's predecessor but with the same underlying philosophical concept which has always been the foundation of their creative process. The album was recorded and mixed by the bands newly added guitarist Linus Lundgren at studio Ganymeden in Linköping during the summer of 2014. Unlike the last recording they also decided to produce the album by themselves, leaving a more personal mark on the final outcome.

The idea behind the album was to collaborate with different kinds of artists and thus putting further emphasis on the artistic expression. Creative director Mattias Ekeblad, painter Zlatan Dukic, classical pianist Elena Zorina among others have contributed in developing a more refined visual and musical concept.