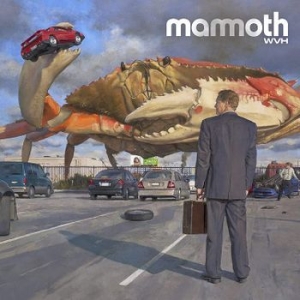 At the beginning of 2015, Wolf broke ground on what would become Mammoth WVH with producer Michael "Elvis" Baskette [Alter Bridge, Slash] behind the board. Wolf began to embrace his voice, inspired by everyone from his father, to bands like AC/DC, Foo Fighters, Nine Inch Nails, TOOL, and Jimmy Eat World. In addition to writing and singing every song on the self-title debut album, remarkably Wolfgang plays every instrument.