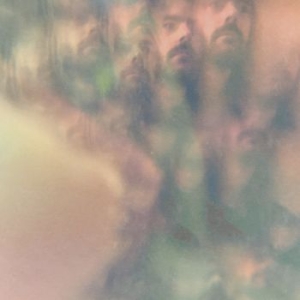 Karl Vento
219 kr
LP
Lagerstatus:
Leveranstid:
1-6 arbetsdagar
Artnr:
4279426
Fakta For over a decade, Karl Vento has appeared as an indispensable backing musician to artists Anna von Hausswolff, Sumie, Det Stora Monstret and Anna Ran. But what would be the result if he had instead focused that energy on his own creations-no one knew. Least of all himself. After years of having subdued his own creativity, Karl Vento has now given us this very open-hearted debut album. An album which, for the artist himself, came to function as a catalyst in his own process of inward exploration and soul searching.

As for the music, "Rainbow Lights" consists of eight songs that are written and partly recorded in Karl Vento's home. There, throughout the making of the album, prisms hanging in the kitchen window were projecting light onto the walls; sunbeams splitting into all the colors of the rainbow. In parallel, light was also reflected through Karl himself. On this album, all the colors of his soul are made visible for the very first time. A first time for him. A first time also for the lucky listener who now gets to see Karl Vento in full.

Rarely has such a project - one that seeks to heal a person's soul - resulted in something so inviting. In Karl Vento's world, you are made alert, but at the same time feel comforted and taken care of. You are led and seduced, spun around - yet always land smoothly on solid ground. Behind the airy music you will find sophisticated arrangements and rich harmonies. And the dreamy, swaying soundscape is characterized by Karl Vento's disarming vocals, equilibristic guitar playing, relaxed toms and focused bass lines.