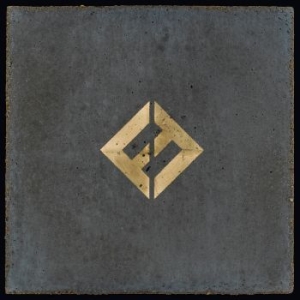 Foo Fighters
219 kr
CD
Lagerstatus:
Leveranstid:
1-6 arbetsdagar
Artnr:
2621525
Fakta "I wanted it to be the biggest sounding Foo Fighters record ever. To make a gigantic rock record but with Greg Kurstin's sense of melody and arrangement. Motorhead's version of Sgt. Pepper. or something like that." So speaks Dave Grohl of the mission statement made manifest in Foo Fighters' ninth epic, the aptly titled Concrete and Gold.

Just as Foo Fighters' anthem of the summer "Run" "opens as a dreamy, slow burner then. quickly turns heavy as thunder" (BILLBOARD) with its "huge triumphant chorus" (STEREOGUM), Concrete and Gold marries some of the most insanely heavy FF riffs ever with lush harmonic complexities courtesy of a first time team-up with producer Greg Kurstin (Adele, Sia, Pink). This unlikely alliance came about through a bizarre sequence of surprise musical obsessions and chance encounters: Listening to the radio during a drive roughly four years ago, Grohl first heard "Again and Again" by Kurstin's band The Bird & The Bee-"It blew my mind. it was so much more sophisticated than anything I'd ever heard and I became obsessed." Some months later, Grohl would randomly spot and fanboy out over "the guy from The Bird & The Bee!" a.k.a. Greg Kurstin. The two became fast friends over common musical loves with Grohl learning that his new favorite band had been on hiatus due to Kurstin's workload as a producer.