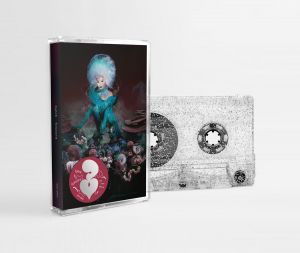 Björk
209 kr
MC
Lagerstatus:
Leveranstid:
1-6 arbetsdagar
Artnr:
4286399
Fakta "Each album always starts with a feeling that I try to shape into sound. This time around the feeling was landing (after my last album Utopia, which was all island in the clouds element, air and no bass) on the earth and digging my feet into the ground. It was also woven into how I experienced the "now", this time around 7 billion of us did it together nesting in our homes quarantining. Being long enough in one place that we shot down roots. My new album "Fossora" is about that. It is a word I made up. It is the feminine of fossore (digger, delver, ditcher), so in short it means "she who digs" (into the ground)."

The alternative album is available in the following configurations: