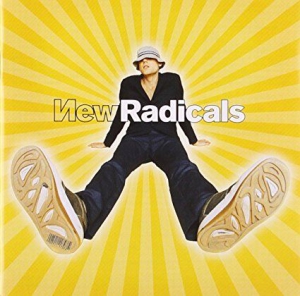 New Radicals
359 kr
LP
Lagerstatus:
Leveranstid:
Beställningsvara 3-10 arbetsdagar
Artnr:
2538097
Fakta The project of songwriter Gregg Alexander, New Radicals hit the sweet spot between adult-contemporary and "alternative" that was just beginning to be discovered when Maybe You've Been Brainwashed Too came out in 1998. A bubbling stew of influences that had glossier production and more pointed lyrics about corporate America than its alt-rock-radio brethren, Brainwashed could have been the beginning of a new pop order. "You Get What You Give," with its triumphant chorus and bootstrapping spirit, is one of the Nineties' most singular singles, while tracks like "Flowers" fused together revved-up rock and passion-fueled soul in a way that tipped savvy listeners off to Alexander's wide swath of influences. But Alexander broke up the band before the reflective "Someday We'll Know" could be released as the album's second single. He went on to become a songwriter-for-hire, penning tracks like the Santana/Michelle Branch collaboration "The Game of Love" and reuniting with fellow Radical Danielle Brisebois for the soundtrack to the 2013 romance Begin Again.
RollingStone Magazine
Låtlista
Se fler varor
Andra har köpt: