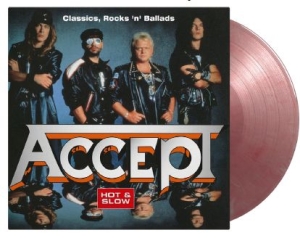 Accept
349 kr
LP
Lagerstatus:
Leveranstid:
Pending
Artnr:
3921742
Fakta This Accept compilation lifts tracks from their 1983 album "Balls To The Wall", up to 1996's "Predator". It is the first compilation that explores albums beyond "Russian Roulette", so that in itself makes it worthwhile for the uninitiated.