Saturday´s Heroes new album "Hometown Serenade" got described by Pete Sosa from Street Dogs as "an explosive album from start to finish!". The 15 tracks album blends punk and folkrock together to straight forward and honest melodical rock. Strongly rooted in the American songwriting tradition the band have ploughs it´s own way and have taken several steeps from their debut album Set to sail (released by Bandworm Records). The Swedish band was formed in 2008 and have since released one album and three eps before they now unleashes their second album. For fans of: Gaslight Anthem, Street Dogs and Millencolin
Låtlista
Se fler varor 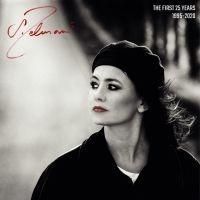