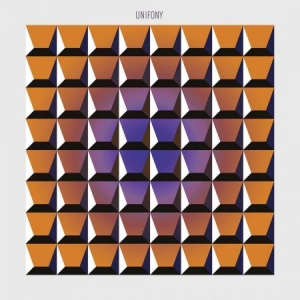 Eggersman Minco & Theodoor Borger
249 kr
LP
Lagerstatus:
Leveranstid:
Beställningsvara 1-3 veckor
Artnr:
3428771
Fakta Minco Eggersman and Theodoor Borger started collaborating under the moniker UNIFONY some years ago. For this project they're invisiting guest musicians to find the pure essence of music with them. Together, they wander off the beaten track and rediscover purity by experimenting. They do not compose music based on musical notes but they're using carefully crafted layered sounds instead. For their first album they invited Norwegian trumpet player Mathias Eick. He released several albums on the renowned jazzlabel ECM Records and has worked with several other artists like Thomas Dybdahl, Jaga Jazzist & Motorpsycho.

The album has been mixed by the British studio engineer Phill Brown. He has worked with a wide range of artists like Brian Eno, Pink Floyd, David Bowie & The Rolling Stones. The main reason for Eggersman & Borger to work with him though, is the important part he played on the 2 latest Talk Talk albums, 'Spirit of Eden' and 'Laughing Stock'. The groundbreaking sound of these albums influenced them deeply. Although officially retired, Brown decided to give it a go one more time, since he was truly impressed with the UNIFONY album. He called it 'a labour of love'. The UNIFONY artwork is another reference to Talk Talk since it has been designed by James Marsh, who is a.o. responsible for the iconic Talk Talk album covers. To top it off, the album has been mastered by none other than 11x Grammy Award winning mastering icon Bob Ludwig.